You are here :Home Articles What Becomes of China’s Ghost Cities

It was a normal outlaying area of a normal small city in the east of China. There was nothing about it that a passerby would find overtly peculiar, and most travelers would more than likely ride right by it without retaining any kind of impression.

It was a neighborhood of interconnected rows of five story buildings that had shops on the ground floor and apartments above. There was a good layer of grime over everything; rust streaks were descending down steel railings, walkways had some cracked and missing bricks, junk was piled up in front of shops, rickety tables were set up in front of cheap restaurants. All of the storefronts had businesses of the usual local variety: rough looking restaurants, street food stalls, pink lighted prostitution dens, haphazard KTV lounges, dusty convenience stores, as well as places to buy furniture, curtains, and random home repair supplies. There was a small central square that had spaces for street vendors to set up at night and places for kids to play. Patches of new, 30 story high-rises were sprouting up on all sides of the neighborhood, hemming it in and making it look outdated and old. It was a wallpaper town, the kind of place that you could look right at without really seeing anything. But it wasn’t always like this.

The last time I was here the place was a ghost town.

In 2006, I stepped off a bus in Tiantai, a small city in Zhejiang province, and began debating the best way into the city — a common dilemma as bus stations are often positioned in the far outskirts of cities in this country. I saw a river in front of me with some low-laying residential houses on the other side. To my right was a highway that seemed to run straight out of town. To the west there was a beacon of development. It hovered in the near distance over a plain of suburban shrub land. The white paint of its buildings shone brightly in the summer sun. That must be it. I began walking.

I entered the neighborhood and began looking for a hotel. I didn’t notice the obvious at first and walked for a block or two before I was startled to a halt: every building was completely vacant. I was the only person — anywhere.

I found my unexpected isolation a novelty, and marveled at the brand new, clean white city. The virtually identical buildings were like a matching set of furniture. The shops and hotels and homes were all skeletal frames of what they were intended to become. Outside, they appeared to be crisp and new; inside, they were dark cavities, devoid of inhabitants, users, or even interior fit out. The buildings, streets, parks, and the public squares were all woven together as a part of a singular urban design that was propelled into existence in a singular blast of development. It was a planned city, a place that was designed on computers, projected onto screens in boardrooms, and made into little plastic scale models before being replicated upon the loamy river valley soil in Tiantai. 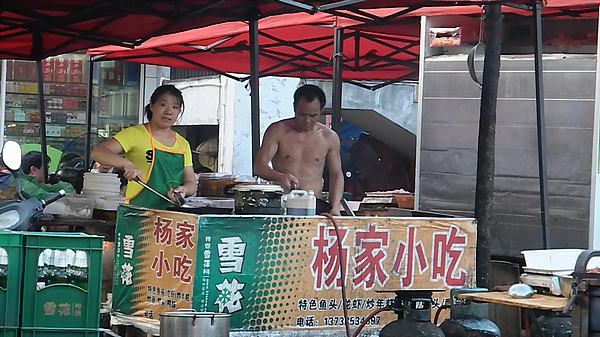 This was long before the first ghost city reports came out, and I had little reference for what I was walking through. What was this place? How did this happen? Where did the people go? Were they ever here at all? Did I miss something? It was as though a giant vacuum was hovered overhead and sucked up all semblance of life like little balls of lint, leaving only the raw infrastructure behind. It took me over an hour of walking through the barren streets before I realized that the inhabited part of Tiantai laid a couple of kilometers down the road on the other side of the river. What I was in was a newly built part of town that wasn’t yet inhabited.

I was a student at Zhejiang University at the time, and when I returned there I told my professors about what I observed with no small dose of immature excitement. They just looked at me, shrugged disinterestedly, and said something to the effect of, “Yeah, those places are everywhere.” Chinese academia was apparently aware of my discovery, and wasn’t impressed.

Though there was something about the word “everywhere” that kept me locked onto the topic. Later that year I stumbled off a highway into a deserted portion of Erenhot on the Mongolian border, a place that would later gain infamy in the ghost city reports that were soon to be published. As I walked through the sand strewn, completely empty new city flung out in the Gobi Desert it became clear that something very big was happening here. What were insignificant, small cities like Tiantai and Erenhot doing building entire new districts? Why weren’t there any people or businesses in these places? What was this all for? Only one thing was certain at that point: these places really were everywhere.

Over the following year I cruised the outskirts of cities around China looking for empty new towns. It was about as challenging as 17th century Galapagos tortoise hunting. All I had to do was take a bus to the edge of a city, get off, look. Invariably, there would be a new town under construction.

Some years went by, I graduated from university, I traveled through other parts of the world, and I began working as a journalist. By this time, the story had broken, and reports of China’s empty new cities began airing around the world. Though these investigations never seemed to go much below the surface, and their tone was usually that of mockery — “Look at stupid China building stupid cities for nobody huh, huh, huh.” These reports tended to always show these cities as fixed entities suspended in time, not as continuing projects at a mid-point of development. So I returned to China in early 2012 and began traveling to what were by then dubbed “ghost cities.” I went out to places like Ordos, Zhengdong, Xinyang, Dongguan, Anting, Pujiang, Zhujiang, Songjiang, Fengcheng, Wujin, Nanhui, Luodian, Waigaoqiao, Dantu, and others. For the next two and a half years I was in the streets of these new cities — or dirt paths as they sometimes were — talking with their builders, chatting with their residents, and interviewing their designers and developers. I found that there was a lot going on in China’s cities without people.

Though I still needed to find out what had happened in Tiantai. So I returned last week to the place that first hooked me on China’s new cities. I retraced my steps from the bus station into the new area that I took eight years earlier, and I quickly discovered that there was no longer anything “new” about this area. This part of Tiantai had normalized, it became a regular Chinese suburb full of shops, restaurants, and people. At night, the streets filled with food vendors as residents poured out of their apartments for dinner and a stroll. People were everywhere, children were playing, apartments were full, and I felt temporally displaced: the place was the exact opposite of what it was the first time I was there. It had come alive.

Though I wasn’t surprised. 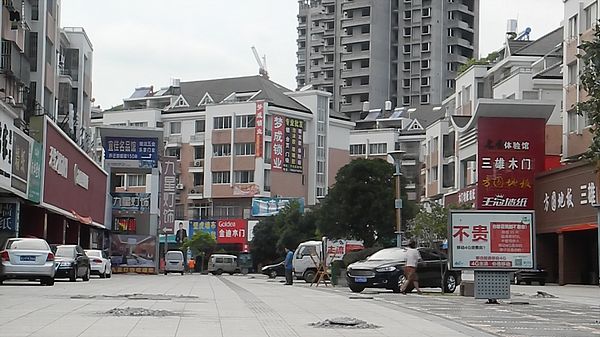 There are literally hundreds, if not thousands, of new areas like this part of Tiantai throughout China. They are built as planned cities, they sit vacant for a number of years, and then slowly begin filling up. We will never hear about most of these places, we will ride past them on trains and buses and never know that they were once empty new developments. China’s much disparaged ghost cities tend not to stay that way for very long.

« Dark Times in the Land of Smiles
China’s Disposable Cities »