You are here :Home Articles The Reality of China’s One Child Policy

I once took China’s one child policy at face value: a one child policy would mean that people are only allowed to have a single child, right? It all made perfectly clear sense until my first incident of travel in China in 2005. I found that there were far more brothers and sisters than a one child per family country should account for, and families with two, three, or more children were not uncommon.

What was going on here? In subsequent years I looked deeper in the so called one child policy of China.

There is no such thing in China as the one child policy. This is a misnomer based off the foggy viewpoints of distant observers, propagandists, and sensationalist news reporters. The regulations that are known around the world as the one child policy is actually called the “policy of birth planning,” and is commonly referred to as the “family planning policy.” What China has is a system for population control, not a one child policy. 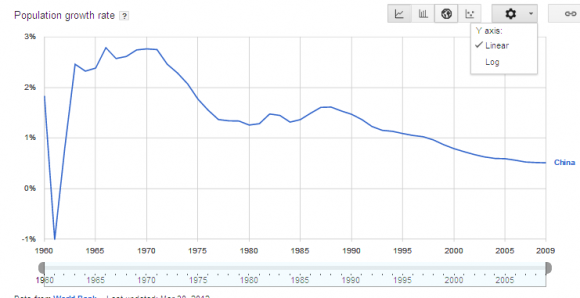 In fact, only 35.9% of the Chinese population are restricted to having only one child. Nearly two/ thirds of the people in the country have the right to legally have more than one kid without any financial or legal repercussions. If a person lives in a rural area they can have more than one child. Recognized ethnic minorities can have as many children as they want in rural areas, two in urban. A married couple who are both only children can have two offspring together. Foreigners living in China or Chinese who are married to foreigners are not regulated as to how many children they can have. Residents of Hong Kong and Macau are fully exempt from the birth planning policy. Chinese citizens returning from living abroad are permitted to have two children. There is a loophole in the system for twins. When it all comes down to it, the only people who have a one child policy are Han Chinese urban dwellers who have siblings and are married to another Han Chinese person.

In fact, the overall fertility rate in China is around 1.8 children per family (2008). For comparison, that number is 2.1 in the United States. In point, there are a lot of siblings in China.

But what if someone has more children in China than they’re suppose to?

If a family in China has more children than they’re allotted under the family planning policy they generally pay a fine and are not provided with as many social benefits — such as education and health care. Though exact penalties are dependent on many factors, including the family’s income, situation, and the local rules where they reside.

Recently, in a China with a growing middle class, the fear of this penalty is declining, and it is not uncommon for couples to disregard the family planning policy and just pay up. In fact, having multiple children has now become a status symbol of sorts. Due in part to this growing disregard towards the population control laws, among other economic and political factors, the Chinese government is currently discussing an amendment which would allow for couples to have at least two children.

The rise of population control policies

Mao rather infamously stated once that “each stomach has two hands attached to it,” meaning that a person who consumes resources can also work to create resources, and did nothing to heed warnings about the growing Chinese population until it was nearly too late. The population of China nearly doubled, rising from 500 million to nearly a billion in the thirty years between 1949 and 1979, and it became obvious that something needed to be done.

To stem the tides of the growing population China began regulating births in 1979. The policy was meant to be in operation for only a single generation — a quick pin prick to pop the bulging population bubble — but the family planning policy remains in effect to this day, and it has been stated that it will continue for at least another decade more.

The positive and adverse effects of the family planning policy

Like many of China’s major national policies the results  are not always pretty but they are usually effective. “China’s one child policy is the most successful human experiment ever,” a Canadian sociologist working in China once told me. In 2007, the University of California, Irvine conducted a cohesive study of China’s family planning policy and dubbed it, “Remarkably effective.” It is predicted that the policy has prevented over 400 million births since its implementation, and China now boasts a mere .5% population growth rate. In fact, Texas A&M University recorded the lowest fertility rate in world history in the city of Jiamusi in the far north of China.

But the population decline gains of the family planning policy must be mitigated against the social problems and tensions that come as a result. Abortions, infanticides, under-reporting of births, a gender imbalance, lack of support for the elderly, and the potential for abuse by local governments are all effects inherent to such a wide sweeping and personally invasive set of laws.

In poorer, rural areas of China, government employed population registrars often go out into the villages in search of unreported births or pregnancies — sometimes even armed with portable ultrasound devices. In 2005 I met one of these population stooges in Yunnan province, and he openly admitted that along with busting families that had more than their allotted number of children scheduling forced abortions and sterilizations were on his list of duties. In unsteady English he said, “Sometimes, if a woman has too many babies and she tries to make another we take her to the hospital and take out the baby. Then they make it so she can’t have any more babies.” I asked him what they people in the villages thought of this. “They don’t like me very much,” he replied with a laugh, “sometimes they chase me with big fork [pitchforks] and sticks.” Officially, forced abortions and sterilizations were outlawed in 2002, but it is reported that they may still continue in some parts of the country.

There is also a rising stigma against single children in China, commonly termed “little emperors.” As the first generation of China’s population control era have grown into adults it has been observed that many tend to be spoiled, overconfident, uncooperative, and selfish — qualities that go against the grain of China’s desired national character. The term “only child,” is now often used to critique someone’s personality, and masses of children being raised without siblings is definitely not viewed as beneficial for the society as a whole.

But amid these adverse effects the Chinese people remain very pragmatic, and according to the Pew Research Center 76% of the population still support the family planning policy.