You are here :Home Art and Music The Fall Of The Hong Kong Lunch Singer

As she belts out the lyrics, she gesticulates her arms passionately and looks directly into the camera. Two women in the crowd start dancing. Customers get up to put money in the tip box. By the end of the song she has earned over 500 Hong Kong dollars.

Jia Hong knows how to put on a show. She’s been doing this for over 20 years.

When she sits down after the song, she looks tired. “In the past, we didn’t sing on Temple Street,” she said. “We sing at Temple Street, because we have no choice. Lunches have closed. … Many of my friends do not want to sing here.”

In the past, singers used to have much more opportunities. In the 1980’s, Hong Kong was at the peak of a vibrant cultural explosion of music and art culture some have described as a Golden Era.

The song Jia Hong sang that earned her so much money–more than a day’s take for most singers–was a song of that era. “Bad Girl,” a classic by Anita Mui that propelled her 1985 album Bad Girl to 8x platinum status when it was banned from the radio in Hong Kong for explicit lyrical content.

Mui sang on Temple Street, too, in her day. When she was 5 years old she started singing at the night market here to earn money for her impoverished mother and three siblings. As she got older she found work performing in clubs and at restaurants during lunch–the “lunches” that Jia Hong refers to. In 1982, at the age of 19, she won a singing competition and got her first record deal.

That was around the time Jia Hong started singing. “At the time, lunches were very popular. It was a good opportunity,” she said.

Anita Mui worked as an MC at one of the lunch restaurants at age 10. Singing troupes performed at theaters all over Hong Kong. There was an amusement park, Li Yuan, that featured singers on its stage, such as Mui and “the Godfather of Cantopop” Roman Tam. In the 1980’s, Hong Kong produced megastars like Mui, Leslie Cheung, and Andy Lau.

Today, Temple Street is one of the only places you can hear these working class lounge singers perform.

“In the past, it was easier to earn a living,” Fang Bao’er, who has sang at the Yan Yang Tian Lounge for 10 years, said. “Now it is so hard. The money doesn’t go so far.” 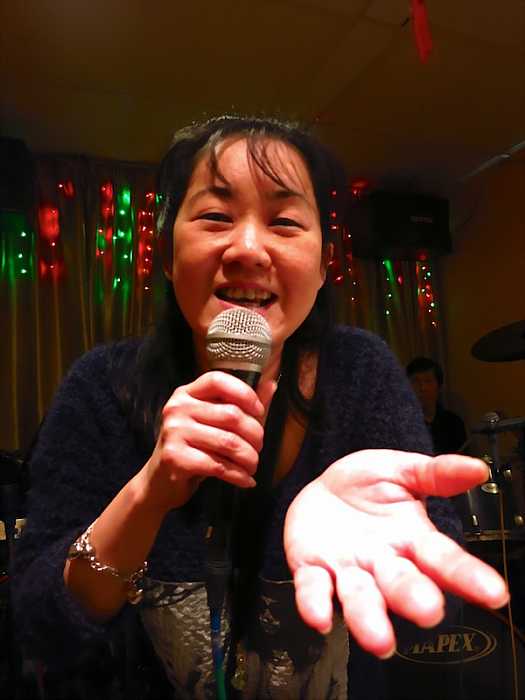 At Temple Street clubs the singers don’t have a salary, they just earn tips from customers — of which they have to give 20 percent to the clubs’ owners. On average, most singers earn about 10,000 Hong Kong dollars a month, the singers said. This is a little bit less than the average starting salary for a college graduate in Hong Kong, according to a report put out by the International Graduate Insight Group.

These singers make their own hours, typically coming in in the afternoon for the first period of songs, starting at 2 or 4 pm at various clubs and sing as late as 4 am, six days a week.

Some of the singers like Jia Hong and Fang Bao’er sing as a full time job, but others sing as a hobby or a part-time job. Choy, one of the few male singers, has sung at the Come On Lounge for two years, but he works full time for an international pharmaceutical company in Shanghai and only comes back to his hometown, Hong Kong, twice a month. Mei Mei started singing at the Come On Lounge three years ago because, “It’s a different life,” after working in public security. She’s married. Fang Bao’er supports herself on 8,000 Hong Kong dollars a month, living in a one-room apartment in a district of New Kowloon with public housing. 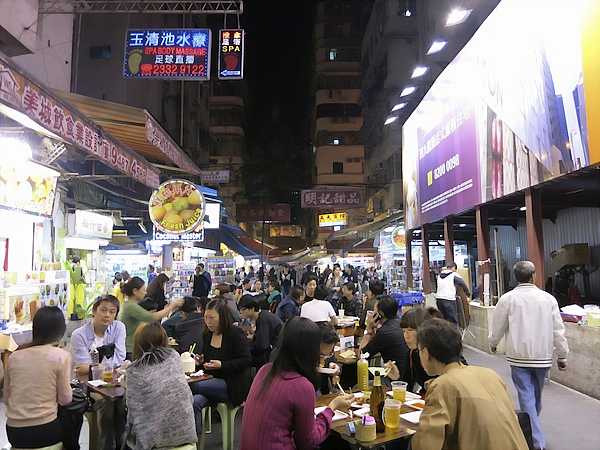 Outside of Temple Street, Jia Hong says she also earns some income a few times a month when the government pays singers to perform in parks and other public places.

What happened to the lunches?

“There was no future,” Jia Hong said. “In the past, lunches needed singers. Now, people sing karaoke on their own, and lunches don’t need singers. The cost of living is so high now. People don’t have money to spend on lunches like they used to.”

Indeed, Hong Kong has moved into the top twenty most expensive cities in the world, ranking 14th, according to the Economist Intelligence Unit’s report for 2013, and continuing international economic development may have contributed to its loss of local culture.

In 1997, Li Yuan Amusement Park was closed down, and the World Carnival started touring Hong Kong in the early 2000’s, prompting journalist Tao Jie to write in the Apple Daily, “It has a taller ferris wheel, new and safe roller coasters, much more professional than the old Li Yuan, and good management, but it’s lacking any Hong Kong flavor. Today we still walk into the fair and play on the same spinning coffee cups and bumper cars… compete in the same shooting games… But it’s lacking a stage. We can look and look, but we will never again find that young girl dressed like an adult singing.”

For more, get the author’s ebook about Hong Kong’s lunch singers.