You are here :Home Articles Stampede on the Bund: An Eyewitness Account of Shanghai’s New Year’s Tragedy

I never would’ve imagined that on the night of New Year’s Eve I would have front row seats to an international tragedy. I witnessed lifeless bodies be carried out by the dozen and dropped on the cold pavement face down below. The year prior I swore to myself that I would never wait for hours in the cold again as green taxi lights turned to red and my hopes of getting home faded to the wee hours of the morning. Last New Year’s Eve, I swore to myself never again would I find myself in a tourist spot with drunken expats and no taxi rides to get home. So how in the world did I end up at Mr. and Ms. Bund on an exclusive patio overlooking the Pearl Tower at 11:30 pm?

Well for starters I can’t easily say “no.” Two beautiful ladies decked to the nines and a man that shares the same name as me ended up all together on East Nanjing Road. At an over priced Malaysian restaurant at the mall nearby, we raised our glasses, took way too many selfies, and complained that our server was degreasing as the night progressed. Outside the mall was a sheer spectacle. Like a concert that had just been released the city was paved with drunken fans glowing in the dark all heading in one direction… to the Bund. 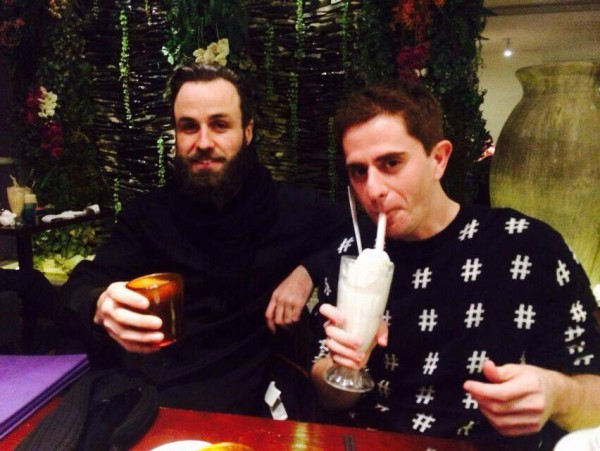 The first incident of the night that signaled something wasn’t right began after dinner as we watched Chinese men and women fall like dominoes down the metro escalator due to there not being enough room on the top of the escalator. What I at first thought might be a good end to a joke made me extremely uncomfortable to watch.

We headed to the posh and trendy restaurant Mr. and Ms. Bund due to not having to pay cover at the door and we were meeting the better half of one of my friends. As we neared closer to the Bund, we debated if we should head back to a safe place. It seemed we only had a few seconds to make a decision before we would be side swept in a direction that we didn’t want to go. As we weaved in and out of the streets we made our way into Mr. and Ms. Bund. Weaving in and out of the police force gave me a thrill like I was breaking the law. As an English teacher earning pesos on the dollar I really believed I had finally made it in life. As we stood filming and snapping photos from above I became detached from the madness below. Although it was always in the back of my mind that something could go terribly wrong. 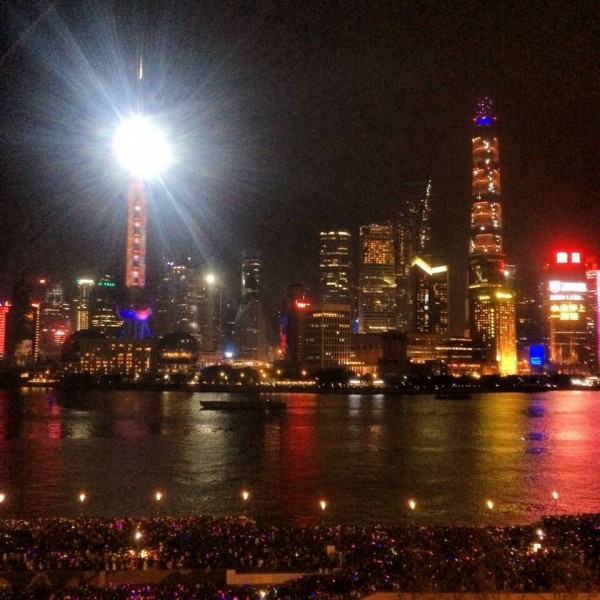 Directly in front of me was a staircase that lead to the riverfront. At around 11:30, we saw people trying to go up the stairs to get a better view as well as people going down the stairs.Then there were screams of panic that fell in waves upon my ears. From above we saw the people move and sway from all directions but had no idea what occurred. In the first 10 minutes two lifeless bodies made their way out of the crowd and were placed face down on the pavement. Thoughts that they had passed out rather than were dead crossed our minds. 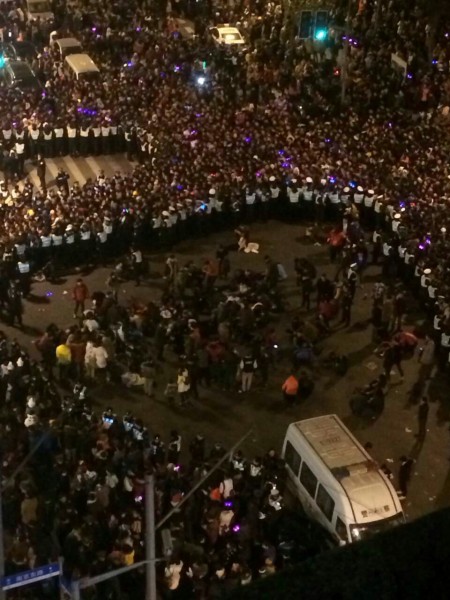 Then it hit me: the two lifeless bodies were a small percent to the many that would follow. One by one they were carried out of the crowd. Still. Mangled. Powerless.

The rich French ladies sharing the balcony in English said “I can’t look.” All of a sudden it occurred to me I was a rich white man on a life boat overlooking death below. Helpless. Powerless and filled with shame.

Eventually, a tall black man had us move into the party when news broke out what was actually occurring. No one knew what to do. Should you call it a night, dance like nothing happened, or drink away your problems? For me, I went home in shock, cold and unable to sleep.

New Years for me will never be the same. Always a place in my heart will be triggered as we count down from ten and see the ball drop.

« What South Koreans Say About “The Interview”
What the Irish Water Protests Are All About, or How I Got Beat Up While Reporting on #Right2Water »