You are here :Home Articles The Myth of China’s Big and Crowded Cities

I looked out over a flat, wide-open landscape of farmland, fallow fields, and dirt lots stretching far into the distance. A small brick shack was to my right. An old woman wearing a tattered quilted coat, matching pants, and a grey wool cap was standing outside of it. She was bent over a small patch of bok choy, diligently hoeing. Three dogs ran in circles, barking and nipping at each other. A gaggle of ducks scampered down into a small mud pit that passed for a pond. Chickens pecked at the stones that were strewn over the narrow dirt road. I was in Shanghai, the most populated city in the world.

If I was to tell you that a large portion of Shanghai is made up of small villages, meager towns, and seemingly endless expanses of farmland you may not believe me. The images that this city conjure up are those of crowds, congestion, traffic, smog, packed metro cars, and busy streets — in a word: Shanghai. This is the most populated city on the planet we’re talking about after all, and the popular view of Shanghai is the truth: the place is a packed, ultra-kinetic, overflowing bucket of humanity . . .  for part of the city. The other Shanghai is more hidden, less known, and way more empty. It rings the Huangpu central area like an obese, buxom woman hugging a chihuahua, it’s a buffer zone full of factories, old villages, broken down huts, budding new towns, ghost towns, migrant worker slums, and enough cropland to cover Los Angeles one and a half times. Shanghai is one of the largest cities on earth, but this is where the discrepancy lies: 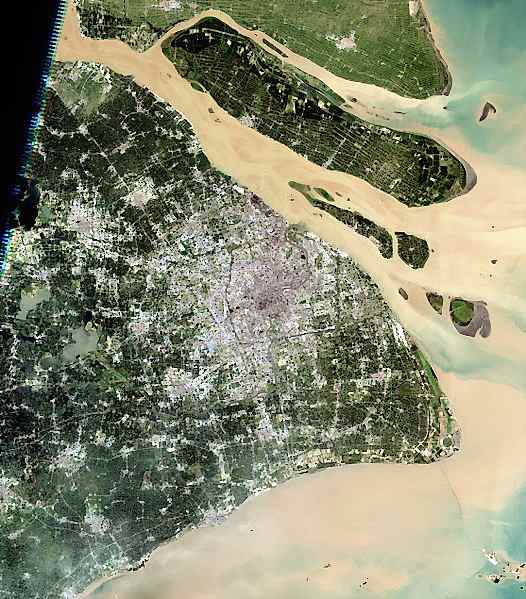 This is all Shanghai

In China, the word “city” is an administrative term alone, and much of the land area designated by it is urban in name only. In the west, we tend to think of cities as being places that shelter millions in high-density housing, traffic jams, crowded subways, and streets full of people, but in China that’s not necessarily the case. “City” here just means an area of land that’s presided over by the municipal level of government.

In practice, the political divvying up of land in China is akin to zoning. There are two main administrative spheres: urban and rural. Depending on what side of this line a given area falls on determines what can be built on it, what it can be used for, and how it can be developed. Land that is zoned as urban falls under the control of a municipal government, and is automatically attributed to being part of a city. As more and more rural land is being rezoned as urban, the reach of China’s municipalities grows and grows, which leads to “cities” that contain hundreds to thousands of square kilometers of farms, villages, small towns, and the occasional stretch of mountains and forests. So you can be way out in what appears to be the countryside while still technically being in a city in China. 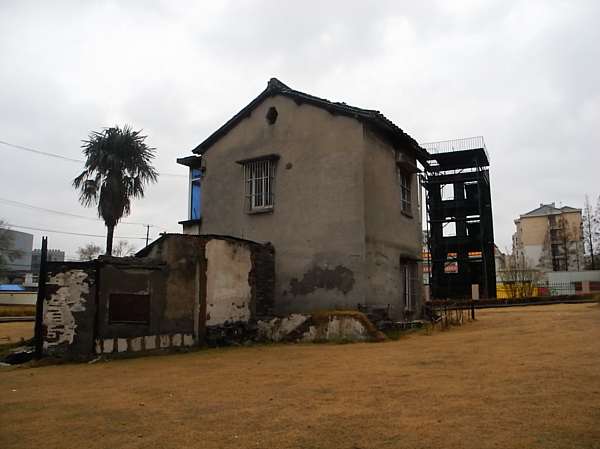 Chongqing is an even better example of the truly massive size and landscape diversity of China’s urban areas than Shanghai. This municipality, which was sectioned off from Sichuan province in 1997, is the size of North Carolina. 28 million residents technically live in this “city,” but only 4.5 million of them actually dwell in the urbanized area. Chongqing, in fact, is well known for its mountains, lakes, and forests — landscapes which generally don’t fit into our paradigm of what a city contains.

Though China has even larger cities than Chongqing. Jiuquan, in Gansu province, spans 191,342 sq km and stretches for more than 600 km from east to west, while Hulunbuir, in Inner Mongolia, the largest municipal area in the world, is the size of New Zealand. Though most of what these two municipal entities contain is empty desert or grasslands. Contrary to their nomenclature, they are definitely not very urban places. 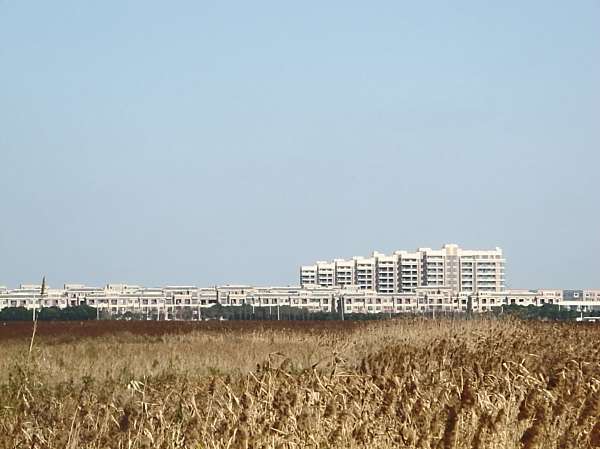 Likewise, the population counts of Chinese cities are misleading, as not everybody who lives in an urban area necessarily dwells in an urban landscape. When we hear that an internationally unknown city like Changzhou has a population that’s on par with greater Boston, our first reaction is to think that China is a very, very crowded place. But this is not necessarily the case. Changzhou, like most other cities across the country, has swallowed up many of the rural villages and counties that surround it, bringing its area to 4,375 sq km, which is larger than French Polynesia. But only 260 sq km of this land has actually been urbanized. Likewise, only 800,000 of the city’s 4.6 million people actually live in an area that’s even remotely city-like, which leads to the question of how many of China’s 700 million urbanites are truly city dwellers? 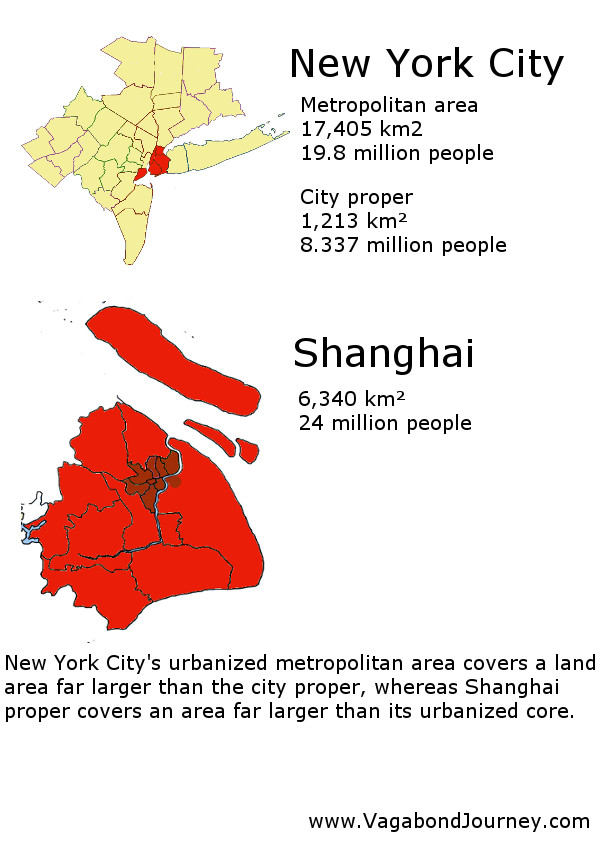 While it’s true that China is urbanizing rapidly, much of this is administrative. The boundaries of many cities are being pulled out farther and farther from their central cores, turning more land and more people instantly urban. The scale of these expansions are staggering, Shanghai’s population has grown by eight million and its size has increased nearly seven fold in the past 15 years, and even the relatively minor Changzhou recently received approval from the central government to absorb yet another 1,872 sq km of surrounding farm land, an addition that’s larger than Houston. As Chinese cities expand a major discrepancy rises to the surface: the lack of standardization as to what a city actually is and isn’t makes China’s urban areas appear far larger and more populated than they actually are. While China’s cities are certainly very large and highly populated they’re not as big and crowded as the numbers make them seem.

Though the next phase in China’s development will be defined by what actually happens in the liminal zones between where the skyscrapers dwindle off and the city limits end. What is today urban zoned rural land full of old ladies hoeing bok choi stands a good chance of sporting high-rises and shopping malls tomorrow. While it is difficult to really delineate the boundaries of urbanization in China, there is one thing that is certain: these spacious rural areas on the peripheries of urban cores will not stay that way for very long. 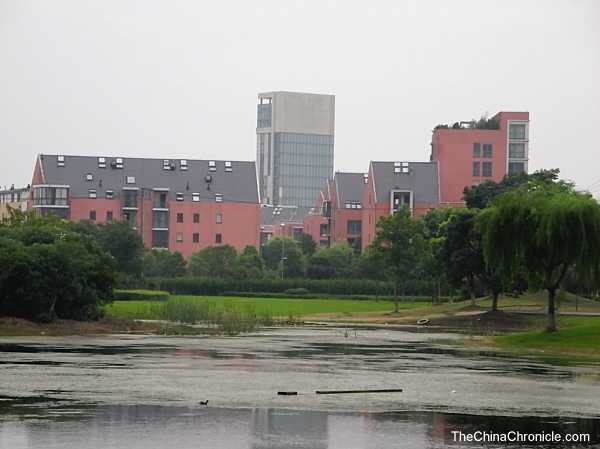 The outskirts of Shanghai at Anting 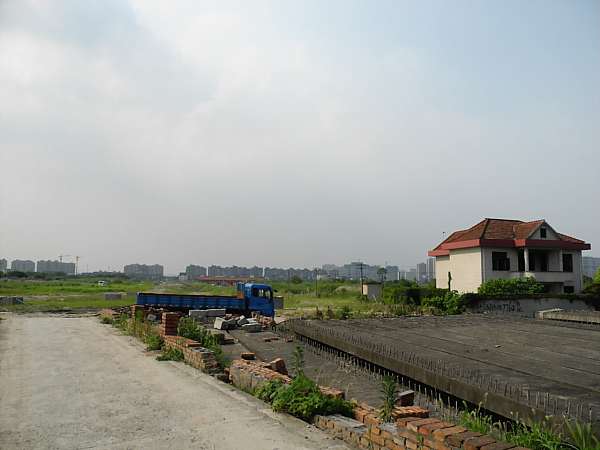