You are here :Home Archaeology Unearthing Warnings from the Maya

COPAN RUINAS, Honduras- White flecks of bone glimmered in the archaeologists’ sifting screens and the excitement among the crew was building as the remains of a human being would soon be unearthed after an undisturbed slumber of more than 1,000 years.

I watched as the old Honduran archaeologist scraped off the remaining bits of parched, baked soil from the surface of an ancient Mayan burial. A shallow layer of previously buried stones were now the only barrier that stood between us and the skeleton that surely laid beneath: a slim barrier between the world of the living and the dead.

I recorded field notes into an old dusty notebook and prudently took measurements as the excavators peeled up stone after stone from the long-forgotten tomb. But, as we worked, I was unable to shake the notion that I was participating in the disruption of an ancient burial, and the cold blanket of scientific study did nothing to lessen my excitement. The skeleton that we would soon uncover, disassemble, measure, and coldly stuff into a Tupperware bin was once a living, breathing member of the greatest civilization to rise out of the jungles of Central America. 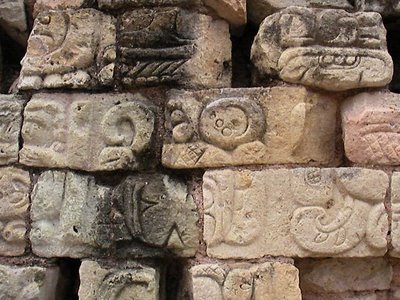 The excavators dug deeper into the burial, and I became ever more engrossed in my thoughts about the rise and fall of the Mayan empire:

The ancient Maya were one of the most prominent civilizations of pre-Columbian Western Hemisphere, and occupied Central America since the 2nd century BCE. They built elaborate cities out of stone and mortar which rival the ones of today in size, flamboyance, and complexity. Their towns were replete with towering pyramids, sky-high temples, and paved roads that stretched across their jungle terrain. The ancient Maya also possessed a technological ability that was without precedence in the new world, and they had a complex knowledge of astronomy, science, mathematics, history, as well as a complete writing system.

As the Mayan civilization expanded and its technological abilities continuously improved higher and higher temples were built, ever more elaborate ceremonial centers were constructed, and the cities continuously grew in size. Slash and burn agricultural methods cut through the surrounding jungle like a fiery plague and the Mayan population was able to sprawl out of control as the society urbanized. The Maya civilization was now at its peak, and ancient Meso-America was dotted throughout with thriving cosmopolitan centers.

I was thoroughly unstuck in time as I daydreamed about the ancient Maya while standing on the once living ruins of a world now gone. But I was snapped out of my daydream as the crew of well-worn and dust encrusted Latino archaeologists arrive at the terminus of the subterranean tomb. We were now at the crescendo of the excavation and were standing before the last large stone that blanketed the burial.

Fearless of any penalties propagated by Hollywood tomb raiding movies, the old and grizzled Honduran Archaeologists matter of factly lifted the last stone away from the burial. The crew then gathered closely together around the completely exposed burial shaft and apprehensively peered down at the spoils:

Laying in the dry dust at the bottom of the trench was a patchwork of crisscrossing bleach-white bones. As I bent over the discovery it became apparent that the bones still maintained the contours of a complete human being. Even more, the freshly unearthed skeleton rested in the exact position it was placed in more than a millennia ago: thin and decrepit skeletal arms still reached down to brittle knees, tucking them up for eternity into a ribcage that was long picked clean of flesh and life. The skull was crushed by the weight of the rocks and soil, leaving an empty, cracked and dismantled cavity. Still, connected to the bottom of the skull, a beaten and battered jaw hung ominously agape.

As I looked upon the bones of the long-expired Mayan, who continued to hold himself in the embrace of death, my jaw also fell agape with the realization that the factors which lead to the collapse of the Mayan civilization mirrored those that face my own today: environmental destruction, warfare, and the misuse of natural resources.

“The Mayan here at Copan cleared all of the forests and turned this region into a desert,” one of the senior archaeologists spoke as we stood above the brittle remains of the guilty party. “They cut down all of the trees to build their cities and the sun’s rays heated up the earth like an oven.”

The Mayans built their great cities from huge blocks of stone that were assembled together with a mortar and lime mixture that was manufactured in huge kilns that were fueled by wood cut from the jungle. A large amount of wood was needed to stoke the fires to a hot enough temperature, and the surrounding forests eventually perished. On top of this, Mayan agriculturalists needed to continuously clear more land using slash and burn methods in order to cultivate enough food for the exploding population. The jungles were also hunted and fished to severe depletion to meet this increased demand for food. Individual Mayan kingdoms were also continually engaged in gradient states of war with each other, and this exuded a pressure that pushed the society to the brink of collapse. A great environmental backlash overtook the ancient Mayan civilization: they had totally depleted their natural resources, wrecked havoc on their environment, and destroyed each other through warfare.

“So the Maya essentially destroyed themselves through technology, urbanization, and war?” I asked, not wanted to hear an affirmative response. To my disappointment, the archaeologists agreed.

Through the same practices that made their civilization great, the Maya inadvertently destroyed their civilization. They sucked dry their land of lush forests and raging rivers, and left themselves to bake dead upon a parched, uninhabitable earth of their own creation. Most of the Maya’s great achievements and amazing works fell to ruins and their cosmopolitan centers were abandoned centuries before the arrival of the first ships from the Old World. The massive cities of the Maya were abandoned to the jungle, as the people migrated to the north, south, or to return to archaic means of living. Through an unbalanced, anthropocentric relationship with the natural world, the Maya became another great civilization to fall deep into the trunk of archaeological time. 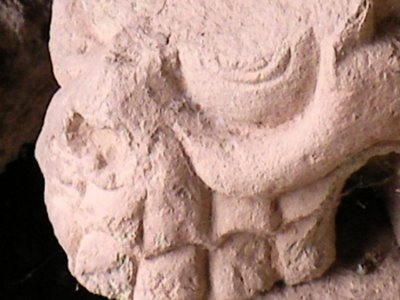 As I looked upon the stiff and grim remains of the skeleton before me, I heard the lessons from the past howling hair-raising warnings from the depths of antiquity. Again humanity is standing at the precipice of an advance civilization that, like the Maya, seeks nothing more than to expand, grow and prosper. Again, rain forest destruction, urbanization, invasive agricultural methods, and overpopulation loom as threats to our civilization. Are we, at the beginning of the 21st century, again stretching the carrying capacity of the earth in the same ways that the ancient Maya did in Central America a thousand years ago? Could we, too, essentially wipe out our own civilization by abusing nature, natural resources, the food we eat, and fighting wars of mutual annihilation?

In a great interplay of irony, the ancient Maya grew so strong that they destroyed themselves. After standing upon the ruins and looking into the death grimace of this once proud civilization, I must ask the question: can we learn from the errant ways and misdeeds of the past? Or will we, too, find ourselves disassembled, catalogued, and put on display in some history museum as the shining bones of a civilization consumed and destroyed by its own inertia. 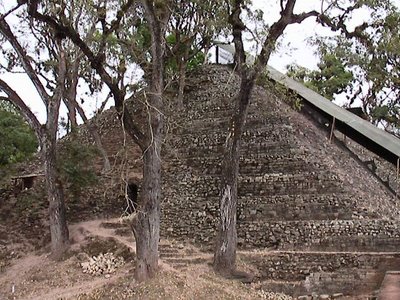 *This article was published in Cafe Abroad InPrint, Feb. 2009

Wade P. Shepard has been tramping around the planet for the past nine years; he has wandered into the outback of Mongolia, lived in a monastery in Tibet, ate a puppy in China, danced with mystics in India, thought he was a gardener in Ireland, and got really lost in Patagonia. He is now finally finishing his Senior Capstone semester in Brooklyn, New York with Global College, Long Island University. Visit his website at www.vagabondjourney.com and read his travelogue, at www.vagabondjourney.com/travelogue.

« Graffiti In Portugal: The Other Side Of The Wall
One Motorcycle, One Man, One Long Journey »