You are here :Home Articles China’s Obsession With Foreigners And The Experience Of Kanye West

Every morning, I become a tourist attraction.

“This street is called Foreigner Street, because foreigner friends like to come here to eat,” tour guides announce every time they lead Chinese tourists down this street.

When they see me eating breakfast, they pull out their cameras and start snapping photos. Ladies will often come up to me and ask, “Can I take a photo with you?”

Being a Westerner in China is enough to make you feel like a celebrity. 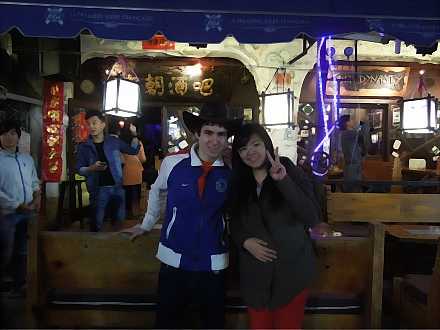 It was for Kanye West.

“I think being in China got me ready to be a celeb,” he said.

Kanye West went to China at age 10 when his mother, an English professor, taught English in Nanjing for a year.

“At that time, a lot of Chinese had never seen a black person. They would always come up to me and also stare at me, fishbowl me and everything. And that’s kind of the way it is for me right now,” West said in an interview with Cris Campion of Sabotage Times in 2011.

“They would come and surround you, and that kinda like got me ready to be a superstar. I was a celebrity in fifth grade!” West was quoted as saying by Contact Music.

One of West’s classmates, Hua Dong, who is now the frontman of the post-punk band Re-TROS, remembers West being shy at the time.

“I remember in primary school, he was a very shy and introverted kid. He didn’t like to talk a lot,” Hua said in an interview with me. “When I just happened to find out a few years ago that he is now Superstar Kanye West, I was extremely surprised and extremely happy for him.”

“They’d even come up and rub your skin and ask your mother how old she was,” West told Contact Music. “I mean, this was way back when I was in fifth grade, so its probably changed now.” 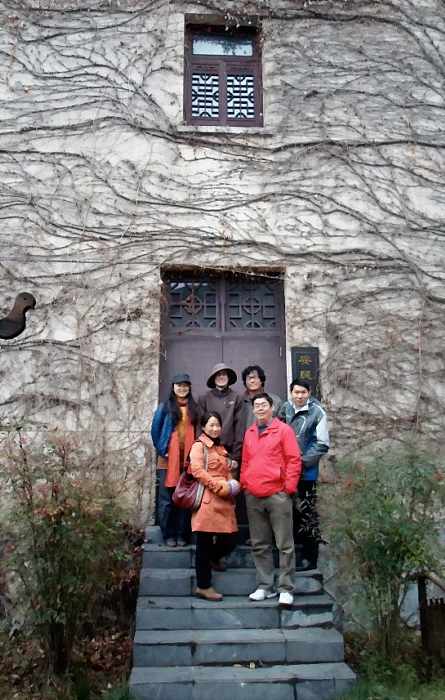 These days, Chinese people might not be rubbing foreigners’ skin, but there’s still no lack of interest in foreigners. In cities like Xiamen and Hangzhou, Chinese people will pull out cameras and snap street shots of foreigners. Toddlers will sometimes point at foreigners and yell, “外国人 (Foreigner)!” A young Westerner at a bar who knows how to speak a little Chinese won’t have to buy many drinks.

Some people have even paid me to drink with them in Dali. Kanye West used to breakdance on the street in exchange for free barbecue lamb skewers.

When I asked the question on Weibo, one popular response was: “物以稀为贵. (Wu yi xi wei gui.)”– Objects that are rare are precious.

In most places in China, foreigners are still rare.

“Most Chinese people have never seen more than a few foreigners in their lifetime, especially those who come from small cities. Just a few foreigners live in their city, so seeing a foreigner is an especially fresh experience for them, and they would hate to not take a photo to remember it,” said one Chinese Twitter user.

Indeed, people in Shanghai and Beijing don’t show any special interest in foreigners because there are already a lot of foreigners in those big cities.

Foreigners are treated like celebrities elsewhere because they look like celebrities. Hollywood TV shows and movies are popular in China, and “some people have only seen foreigners on TV, not in real life,” Han Zhang, a recent Chinese study abroad graduate living in New York City said. “It’s just like people in NYC stand in line waiting forever to take pictures with celebrities.”

“The Western countries are more developed than China. Their material possessions, education, and lifestyle are all of a higher standard than China’s. This outstanding standard of living causes a lot of Chinese people to ‘worship foreign goods and ideas.’ So they are especially interested in white people,” said Dora Chen.

This obsession with Western beauty standards and Western culture is in part an outgrowth of the Century of Humiliation China suffered from the Opium Wars through the Japanese occupation. Being dominated by foreign powers caused the Chinese to have a chip on their shoulders and caused some to feel they needed to emulate the West in order to modernize.

You can still see this “worship of foreign goods and ideas” when discussing popular and consumer culture. Many Chinese view local Chinese products as the worst quality and use Western products as a display of sophistication. A meme became popular online last year called “hierarchies of snobbery” that listed things in order of elite taste preferences.

Director Feng Xiaogang tweeted in 2011 that he thought some Chinese people still have an inferiority complex.

“Why do company employees have foreign names even though they are Chinese? Why are China’s residential communities shamefully called Champs-Elysee (Xiang Xie Li She), Provence (Pu Luo Wang Si), Roman Garden and California Water County? Why do many artists from north eastern China speak in a Taiwanese accent?” he asked on Weibo. “You think you have ‘face’ when you are called William, Jennifer or Catherine, live in a Roman Garden and speak like Taiwan people? Actually it’s because you look down upon yourself!”

In fact, there is a disturbing phenomena of Chinese viewing domestic events through the prism of ethnicity that causes feelings of inferiority towards their own race or resentment and animosity towards foreigners.

When an American shared french fries with a beggar in 2012, the image went viral on Weibo, and a number of commenters posted that they were “ashamed” that it was a foreigner and not a Chinese who did the good dead. When a Brazilian got assaulted while trying to stop a robbery, the story went viral.
“An incident where our countrymen have stood by watching while a laowai rendered aid has once again happened in China, this time in Dongguan,” reported an article on Netease.

But when a foreigner commits a crime, there is often some anti-foreign bigotry thrown around. After a British man was filmed trying to sexually harass a Chinese girl, CCTV host Yang Rui said, “The Public Security Bureau wants to clean out the foreign trash: To arrest foreign thugs and protect innocent girls, they need to concentrate on the disaster zones in [student district] Wudaokou and [drinking district] Sanlitun. Cut off the foreign snake heads.”

The Global Times reported a story in February when a Japanese citizen had his bike stolen: “Initially, after losing the bike, Kawahara’s friend posted the incident on Sina Weibo. The post unexpectedly became a sensation on the Internet. Over 50,000 responses called on web users to help find the bike. “It’s a matter of China’s face,” one post read, followed by many similar messages. An overwhelming number of posts expressed clear displeasure at the theft.”

When the Wuhan police found and returned his bike, some netizens thought the police gave special attention to the foreigner.