Throughout China, the old is being replaced by the new and the new is being replaced by the newer in a continuous round of entropy that has virtually turned the country into one colossal construction site. Hundreds of new cities, a myriad of new towns, and thousands of new urban developments are covering the country in a construction boom like the world has never seen before. All of this creation gives the impression that something is being built that will last long into the future, but that is often not the case: what we see going up in China today will hardly last out this generation.

In the past three decades China has systematically leveled and rebuilt itself. GKDragonomics estimates that between 2005 and 2010 alone China demolished 1.85 billion square meters of housing, more than 16% of its total stock. According to the Ministry of Housing and Urban-Rural Development, nearly all buildings constructed before 1999 — more than half of those currently standing in the country today — are slated to be demolished in the next 20 years. 40 percent of the country’s new construction land is created every year by the demolition and clearing away of older buildings.

Qiu Baoxing, the vice-minister of the Housing and Urban-Rural Development ministry, declared that the average building in China will only last for 25 to 30 years before needing to be torn down. While the number of years has been debated, there are few people who assume that the apartment blocks that are going up with lightning speed today will be around 35 years from now. Li Dexiang of Tsinghua University told the China Daily that “. . . what we see nowadays is the blind demolition of relatively new buildings, some of which have only been standing for less than 10 years.” On average, houses in Britain last for 132 years and those in the USA have a lifespan of 74 years.

I was on the far outskirts of Shanghai’s Hongqiao district doing research for a story when I saw a magnificent, basilica-looking building rising in the near distance. The domed roof had an impressive brass statue protruding from it far into the sky. The facades featured opulent carvings and fixtures. It was built to resemble something out of Italy, and I walked over to take a closer look. I entered the compound and strode past a crowded array of ostentatious stone statues up to the base of the extravagant building just to realize that much of it was already condemned. One of the doorways was boarded up and the exterior walls were in an advanced state of decay — large chunks of the place were literally succumbing to gravity and falling to the ground below. The place looked ancient. But when I asked a security guard how old the place was, I recoiled with surprise: 10 years. It was built in 2004. 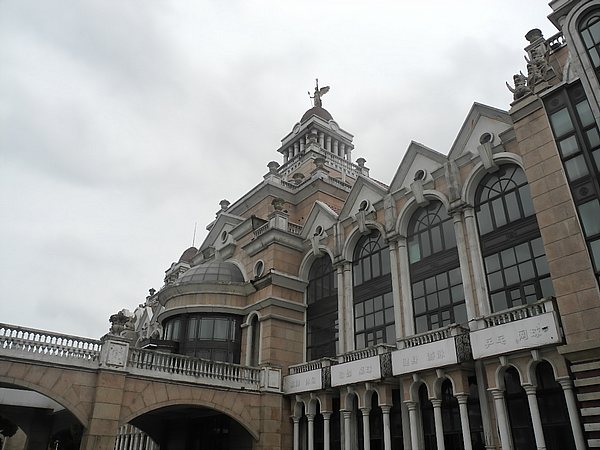 This once exquisite building was the office of an extreme luxury housing complex. A hundred 700+ sq meter villas were aligned along winding, tree lined streets in an 180,000 sq meter gated community in Shanghai’s suburbs. As I walked through the place it became apparent that the houses were not fairing any better than the complex’s domed centerpiece. They were also falling apart. Chunks of the facades were falling off of them, their balconies were crumbling away, their pillars were cracking into pieces, and their gates were disintegrating. These were multi-million dollar houses, and they were descending into ruins a mere 10 years after being built. 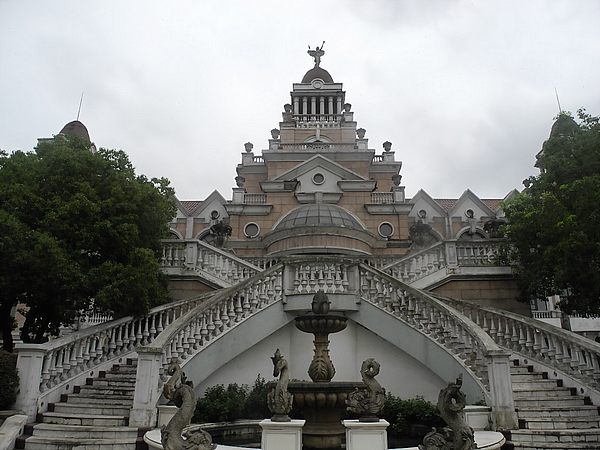 Shoddy or temporary construction is one of the main reasons for the lack of longevity for China’s buildings. Since the Communist Party took over in 1949, the country has been erecting massive amounts of substandard, short-lived housing in waves. Houses began being built to be torn down and rebuilt again. In the early years, this was partially due to a rapid rise in demand for housing for newly formed work units and a lack of quality building materials. Many of the buildings constructed during this era were not meant to last very long, they were basically temporary places to house people through the mass political and social transitions.

While the initial, tumultuous decades of the CCP are now over, the habit of constructing buildings that don’t last very long has stuck. This fits in well with the country’s broader economic structure: houses that can last a century are not nearly as profitable as ones that can be demolished, rebuilt, and sold three times over within that time frame. Demolition too, increases GDP. Under this strategy there is no limit on development, as new construction land can continuously be churned out. To speak simply, once all of a city’s available development land is used up half of it will be ready to be torn down and rebuilt again ad infinitum. The Chinese have applied the economic stimulus of consumer culture to urbanization, and the shiny new cities that are going up throughout the country today are like home appliances that are designed to break down after a few years so you have to go out and buy a new one. 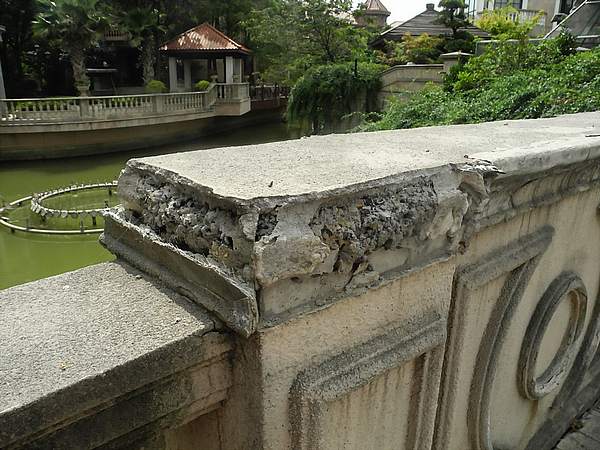 Though to say that buildings are intentionally being constructed just to quickly fall apart would be too much of an overstatement. When the facades begin falling off a relatively young building or the internal systems break down early it’s a problem, when entire city districts across the country begin their premature descent into ruins it may become a national crisis if there are not the resources to repair or rebuild them.

There are usually two factors to blame for China’s rapidly crumbling architecture: A) The lack of an effectual checks and balances system during construction leads to inferior quality control, and B) All out corruption. “Construction projects require huge budgets and bank loans- by cutting corners here and there, developers and contractors can pocket large sums of money,” wrote Adam Mayor, “This means skimping on things like wall insulation, substituting quality exterior and interior cladding materials for inferior ones, and even using cheaper plumbing and electrical equipment.” Few real estate developers in China have their sights set on the far future — rather, they are trying to cash in as much as they can right now, as they ride the crest of the building boom out for as long as they can. 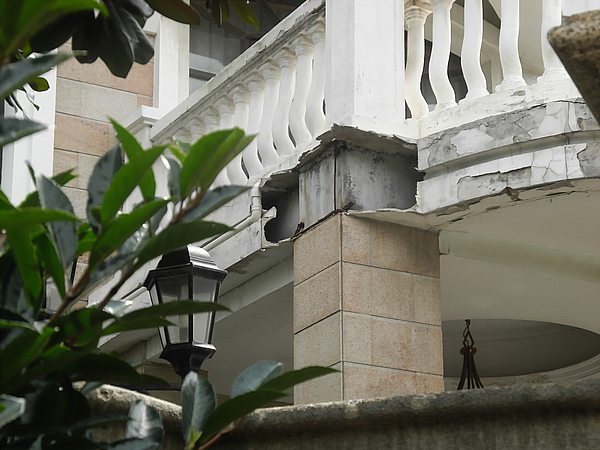 Though there is a peculiar twist in China that encourages the construction of short-life buildings. When a developer purchases a plot of land they are not permitted to sit on it, leaving it barren and unused — they must build something. In new urban areas where there isn’t yet much of a population or commercial presence, developers are often hesitant to invest a large amount of money into the first properties they put up on a piece of real estate. Instead, they opt to build in waves. The first wave will be a dummy round, and some cheaply made buildings, parking lots, etc . . . will be constructed quickly and then sat on until the new area comes to life in ten or twenty years. When this happens the first project will be demolished and construction will begin on something the developer actually intends to make a profit from. In a very real sense, what we see now in China’s new cities and development areas are essentially rough drafts of what they will eventually become. 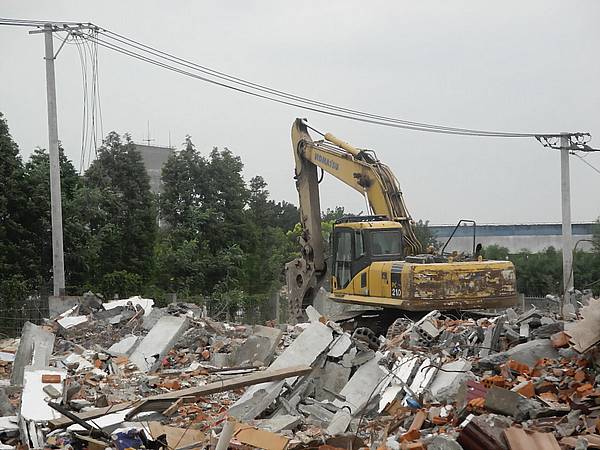 In the West, we tend to think of cities as fixed, almost immutable entities. We take it for granted that what we see in our cities today will mostly be there ten, twenty, or thirty years from now. But there are no such illusions in China. The cityscapes we see here today will not be the ones that will exist even a decade or two from now. There are no temporal handholds in these cities, there are no everlasting pitons upon which we can hang our spacial constructs upon. These places are changing so rapidly they seem disposable.