You are here :Home Articles What Life is Like Inside A Shanghai Migrant Worker Village

“They are like deserters from village life and lonely birds in the city.” -Li Jiuxin, Tsinghua University

Walking on the scaffolding stacked up the sides of half-built apartment towers, carting chunks of metal across a dirt lot, and mixing concrete in giant rotating basins was Nanhui’s other demographic: migrant workers. This is an entire new city that is being built up from scratch on the distant outskirts of Shanghai, and it is a beacon for men and women from around China willing to do the heavy lifting. Migrant workers flood into these ever-expanding frontiers of urbanization, creating virtually self-contained villages that are very much removed from the social matrix on the outside — if there is even anything there yet. Nanhui is a new city in the truest sense, even the land it’s being built on is new, having been reclaimed from the East China Sea over the past couple of decades.

The people building this city up from the moist soil live in what pretty much constitutes a camp. A narrow, crudely paved road runs in front of the massive construction site is the main thoroughfare. There is little else in any direction, save for more empty lots awaiting construction. The workers live in dormitories that have corrugated steel walls and roofs, which can be put together, taken apart, and moved like carnival rides. They are basically storage sheds for people, they lack heating, and are stuffed with narrow rows of bunk beds, housing as many men that can be squeezed in as possible. It is not uncommon for beds to be shared between workers on alternating shifts: when one guy goes to work another takes his place in the bunk.

The migrants work on-site, sleep on-site, eat on-site, and shop on-site. With each camp of migrant workers in China pops up a small industry that serves them. The street in front of the project area was lined on both sides with vendors selling noodles, flat bread, produce, dumplings, clothes, transistor radios, mobile phone accessories, and, of course, calling cards. These items were sold out of makeshift booths, off folding tables, from carts pulled around by small tractors, and out of the backs of cargo trucks. Oftentimes, there are shoddy sheds somewhere nearby for prostitutes, but they don’t reveal themselves until night falls and the pink lights flip on. Almost everything the migrant construction worker needs is provided for them within or near the sites they work on, which increases the isolation and alienation from the greater city beyond. In ramshackle camps like this a good number of the 40+ million migrant construction workers across China spend large portions of their lives. 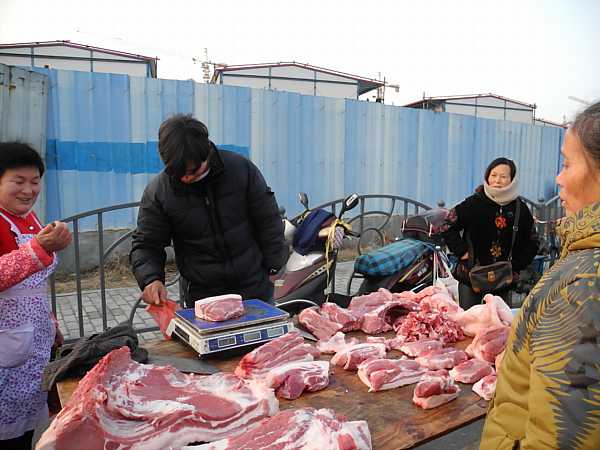 China has a total of 262 million rural migrant workers, nearly a fifth of the country’s total population, who are wild cards for the cities they live and work in. They are called the nongmingong, and they flood into cities from the countryside and do the dirty work for low pay without drawing on the municipal coffers. Though reforms are impending, China maintains an archaic household registration system (hukou). If a person leaves the city or village they’re registered in they’ve essentially stepped outside the system, and are akin to illegal aliens within their own country. It is not uncommon to see police officers checking the registrations of people who appear rustic in the train stations of big cities in China, looking for “illegals” they can detained and “deport” back to the village they came from. Though the benefit of these migrant workers to the cities they come to is obvious: they do the work that not enough registered residents are willing to do without receiving social welfare, healthcare, and schooling for their children — though some cities, like Shanghai, now provide the latter. Their household registration is in their hometowns, and that is where they need to go to receive benefits, but as these hometowns are often thousands of kilometers away from where they actually live, this is not possible.

Oftentimes, the locals will never even see many of these workers. Over 50% of them live on the construction sites or in the factories where they work, or in company owned dormitories. Another 30% live in shared flats or cheap rental apartments, many of which are in chengzhongcun (urban villages) on the outskirts of cities.

I walked into the migrant camp and quickly drew a crowd. A guy selling fruit who seemed to be the camp’s joker ran up to me and began goofing around playfully, cracking innocent jokes at my expense. A circle of men in plastic construction helmets and women in quilted flannels soon surrounded us. These were the beaten and battered builders of the new China. They were missing teeth, their clothes were torn, their hair matted, their hands were cracked and blackened, they were covered in white construction dust which seemed a permanent part of their exteriors. Every scrap of expendable cash they earn they send home to their families, and this showed in their appearance. These men and women define the Chinese practice of “eating bitter,” which only further estranges them from the economic and social systems of the places they live and work. But they were smiling at me. They were amused at the conversation I was having with the fruit vendor, and curious about who I was and what I was doing there. 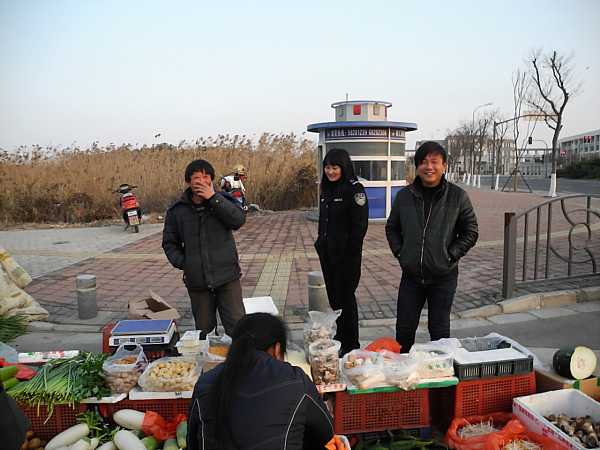 I continued walking through the camp, bought a pound of oily flat bread for six yuan (a buck), a steamed bun for a quarter. I walked over to a table that had all types of cheap and somewhat archaic electronic devices for sale. The most sought after item seemed to be a battery powered handheld TV/ radio combo.

“Do they sell these in your country?” the vendor asked me.

“Maybe they used to,” I replied, not being able to recall anything that even looked like them since sneaking into my grandfather’s room as a child.

9 of Shanghai’s 23 million people, 40% of the city’s workforce, are reported to be migrant workers. These migrants live in a world that is virtually separated from the core of Shanghai by the almost impermeable walls of culture and class. Where the mainstream of China is shopping in malls, buying flat screen TVs, Ipads, and smartphones these guys are laying in their bunks at night trying to tune in fuzzy local television stations with the antennae of their hand held TVs.

I then walked over to an older couple who were cooking dumplings in a giant vat, and ordered a bowl. They scooped a heaping amount of the pork stuffed pillows into a styrofoam bowl, and I took a seat at a knee-high, rickety table with a group of workers. They asked me about America. I answered them the best I could. They wanted to know what was different than and what was similar to China. As I looked out from the migrant camp over an entire new city that these guys were building piece by piece I couldn’t find much that was similar. I asked the workers about their lives working construction and living in these defacto villages. 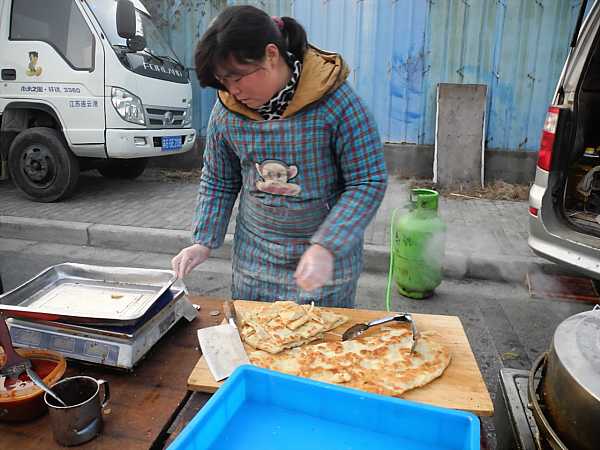 Almost all of the workers who were sitting around me were from Anhui province, which is just a jump over Jiangsu away from Shanghai. This province alone provides 30% of Shanghai’s 9 million unregistered laborers. But as I was to find, they may be called migrant workers but this doesn’t mean they’re just passing through. I asked the men and women at the table how long they’ve been working here in Nanhui, and found that most have been here for six, eight, or even more years. Some came in when this new city was nothing but mud and a concept. These workers were not zipping around the country with the seasons, but were staying put in the same cities, in the same developments, for years at a time. Though no matter how long they stay, they never become a part of their creation. They build it, and that’s all.

Even the people selling things in the street here were migrants, and most of them were also from Anhui. Like the workers, they were going nowhere fast. The fruit selling joker that I met earlier was from Hefei, and has been setting up his cart at construction sites around Nanhui for six years. The dumpling makers were from Anqing, and they’d been serving their pork stuffed dinners here for five years.

Though these work camps remain in place for years on end their sense of impermanence never diminishes. I wouldn’t have been surprised if someone told me that the entire array of shacks and vendor stalls were put up just yesterday. 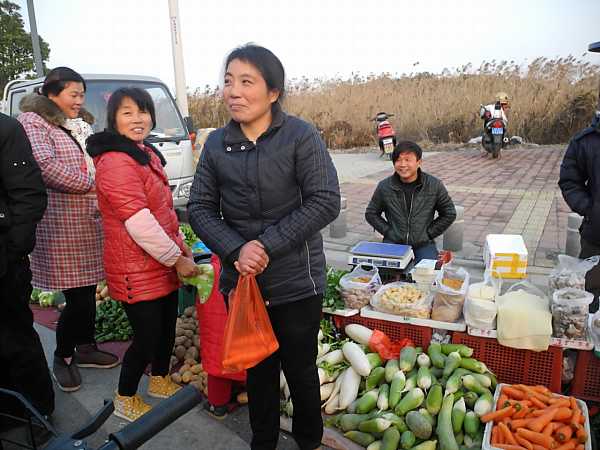 There was another thing that was striking about the workers that were assembled around me: they were old. Most were well over 40, and many were into their fifties. I did not see a single man or woman who appeared to be below the age of 30. This is a national trend: China’s younger generations are becoming less and less inclined to make a living hanging off the side of a half-built apartment tower and sleeping on a cot in a corrugated shed with a half dozen other men. In 2008, 30% of China’s migrant workers were over the age of 40, by 2012 this number was up to 41% — a big change that’s happening fast. The dwindling supply of young migrant workers shows that China’s stock of cheap labor is drying up fast, particularly in the big cities of the east like Shanghai where the cost of living is higher and the social divisions much starker.

“The entry-level jobs at construction sites now pay about 5,000 yuan (US$793) a month at our company,” Guo Daohua, a supervisor from the Shanghai Road and Bridge Group told Shanghai Daily. This rate of pay is more than double the average for migrant workers across China, but Guo still claimed to have difficulty finding workers born after 1985.

I asked the men sitting around me at the table if they had children. Almost all of them did, some having two or three. All of their children were living back in Anhui. Many of these workers hardly even knew their kids at all, who are growing up without them, being raised by grandparents, other family members, or friends. Some seemed sad when I asked them about their children, but many were overtly proud of what they were doing: going to school, playing basketball, and other activities that required the financing of their labor. More than 53% of the children of Shanghai’s migrant workers stay beyond in the villages, growing up without their fathers, and, in many cases, their mothers as well. There are currently over 61 million left behind children throughout China.

These migrant construction workers are the people who are putting China’s new cities on the map, literally. They live in social spheres that rarely extend beyond the camps that spring up around the sites they work on. They live in these places for one year, five years, ten years — as long as they are needed — before being disbanded when the work is done, when the cities are built, and sent on their way. 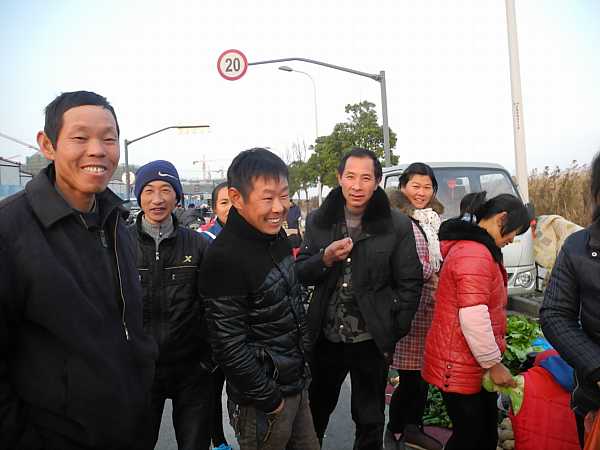 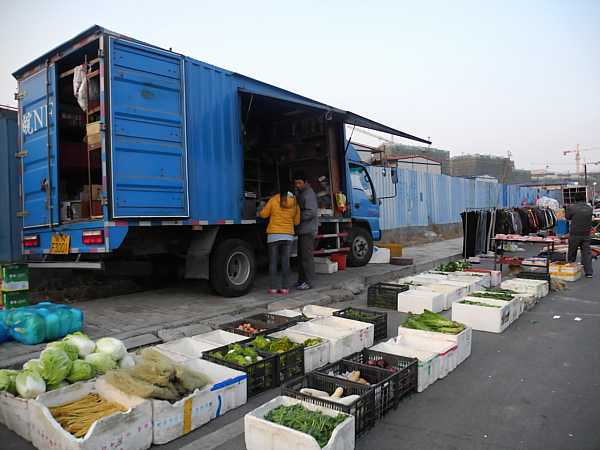 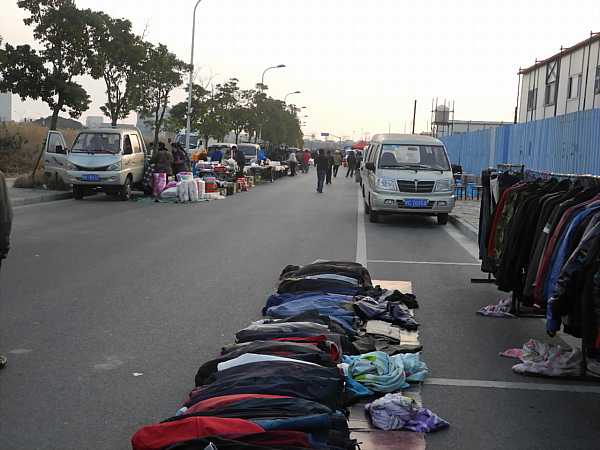 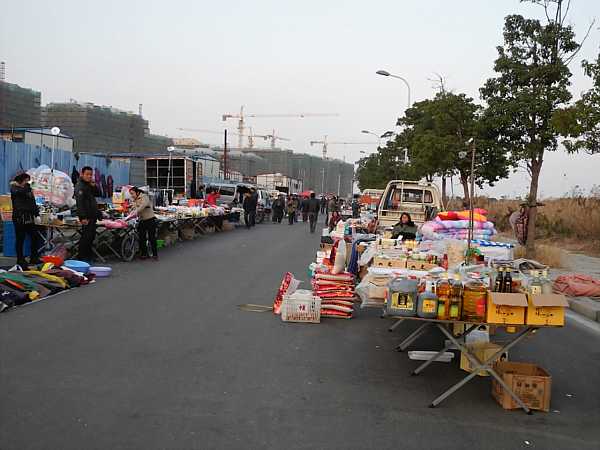 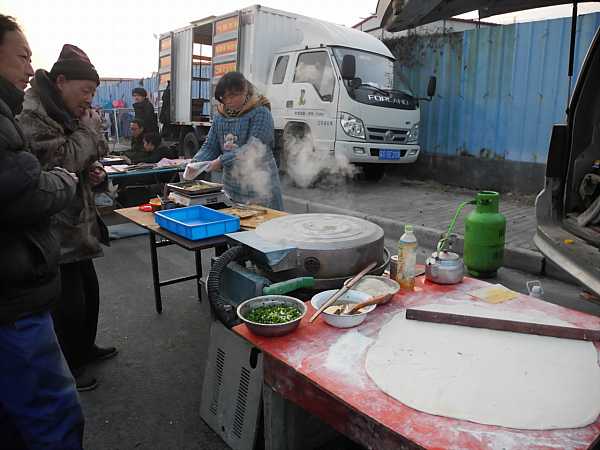 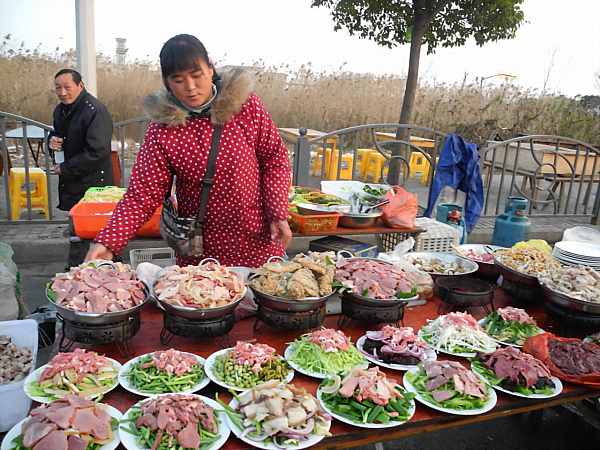 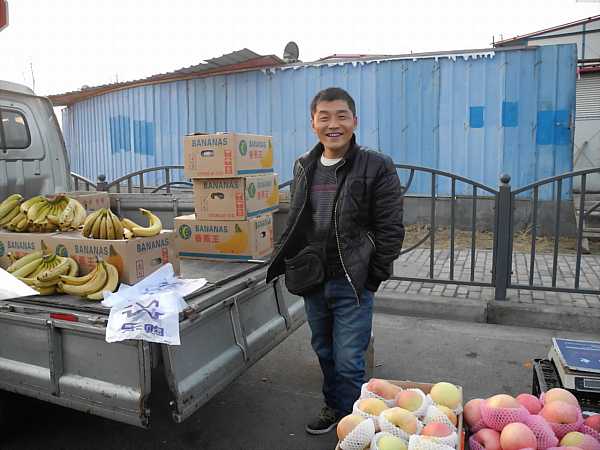 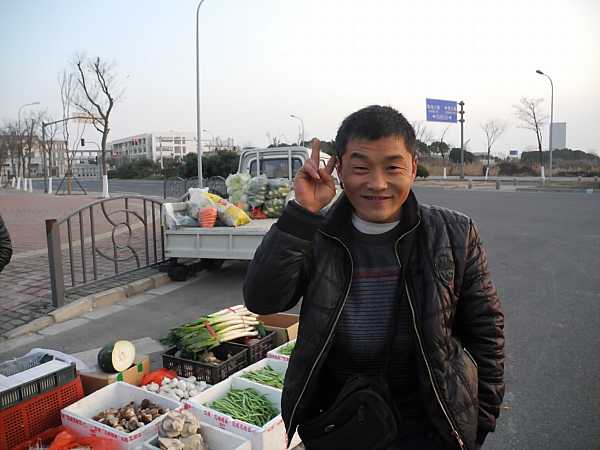 [Data from the National Bureau of Statistics]

« The Bermuda Triangle of the East Mystery Continues
Can Chinese Shopping Malls Become Centers of Culture? »