You are here :Home North Korea One Culture, One Border, Two Very Different Societies: What is the Future of the Korean Peninsula?

If you know anything about the hermit kingdom, it’s likely grounded upon the scare tactics of Western news media: nukes, bombs, bluffs, and threats. Socially, we know of the North Korean people as red-faced robots bowing dutifully to the “Dear Leader” of their communist cult, and when seen through this cold (war) lens it can be difficult to empathize with the reality of the broken, poverty-stricken nation and the living, breathing men, women, and children who inhabit it – or have managed to escape it.

When I told people I was living in Korea, I was asked countless times, “Oh, north or south?” Call it ignorance if you will, but the truth is that no one – not even South Koreans – truly knows what goes on inside the North. Yet while most South Koreans disdain the government of their northern neighbor, there still remains a sense of sympathy and brotherhood extended to the North Korean people. It’s a biting fact considering that just a few decades ago, Koreans were all one people in one country with one language and one heritage closely knit by clan and family ties. Therefore, the rough sketching of an artificial border was bound to cause disruption not only politically, but also to the strata affecting the personal lives of all Koreans regardless of which half they call home.

Introduction to the Border 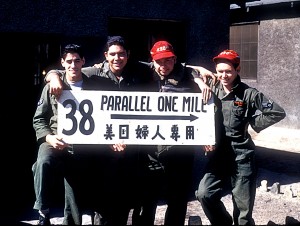 Prior to the Korean War, the Korean peninsula was bombarded by 35 years of Japanese colonial rule, a tumultuous period older-generation Koreans remember bitterly as a time when their nationhood, customs, and language were challenged and suppressed. While the end of World War II brought liberation from Japan, Korea was once again struck by foreign powers and divided it into the communist North (DPRK) and democratic South (ROK). Both sides fought until 1953, but not to any formal conclusion: the war ended with only a cease-fire, and the nation remains in that state today, split in half by the 38th parallel bordering Seoul at the north.

The border, known more commonly as the “DMZ” (Demilitarized Zone), is a highly-fortified area at which the majority of South Korea’s military (every South Korean male 18 or older must submit to two years of mandatory service, celebrities included) is stationed. These days there isn’t much to be on the lookout for, with only sparse threats from the North, but communication across the border is limited and transportation forbidden by civilians, with the exception of guarded tours provided by the USO and a few other organizations.

Though the border is predominately off limits, it is not a true no man’s land, as bureaucratic, business, and tourist ventures are now beginning to bridge the divide. JSA (Joint Security Area, also known as Panmunjeom) is built on the demarcation line, and is where all negotiations between the North and South are held. While a South Korean company built the Kaesong Industrial Region north of the border which intends to be a manufacturing center that will employ 700,000 North Koreans by 2012. Called “de facto unification” by a South Korean unification minister, it’s significant because the South hopes it will bring peace to the peninsula and much-needed funds to the DPRK through renewing industrial ties. There is also a park called Imjingak that is located in the city of Paju, just south of the 38th parallel, that includes monuments to the Korean War as well as the “Bridge of Freedom,” a rail bridge used by soldiers returning from the north during the war. The site is noteworthy as a place for Koreans who have been separated from family during the war to grieve. Selected parts of the border region are now also being opened for tourism, and it is possible to visit some of the infiltration tunnels used by North Korea during the war as well as other relics from this era. With these ventures, movements that are slowly being made to at least partially bring back together a fractured Korea.

The routes to escape and return

Satellite image of the Korean Peninsula

Before the Korean War came to its indecisive end, millions of Koreans fled North Korea, and approximately 1,000 or more soldiers and civilians fighting for the South still remain in the DPRK – individuals who the Kim regime claims “defected voluntarily” and were not held as prisoners of war.

North Korea tries hard to inhibit exposure to the South, but some information inevitably slips through the cracks — a videotape of a South Korean drama, for example — and Northerners realize that the grass really is greener on the other side. Giving this, they sometimes take the risk of defecting to the South, typically a perilous boat journey across China’s Tumen river. If caught by the Chinese, who repatriate them back to the North, they face years of torture in prison or, most likely, a swift death.

As if the possibility of being caught were not enough to make the decision to defect a hard one, the idea is usually not shared by all of a person’s family members, many of whom firmly adhere to the wishes of the party out of fear or voluntarily due to the DPRK propaganda. In March of this year, 31 North Koreans washed up on the shores of the ROK seeking asylum despite demands of their families in the north for their return. A dispute erupted over whether 27 of the individuals departed willingly or were, according to the North, “forced to defect” despite the wishes of families. While the war-era generation was previously divided by the war, families continue to be severed to this day when some members make the decision to flee south.

And what of these families divided? About 1.2 million South Koreans who were alive during the war still have family members in North Korea, but no postal service, telephone, or e-mail exchanges are permitted between them — they are essentially a family divided by an iron curtain. Unwilling to let politics interfere with personal affairs, South Korea pushed for the establishment of family reunions during an inter-Korean summit in 2000. More than 17,000 Koreans have been able to meet temporarily with relatives, but about 80,000 still have yet to meet again since they were separated.

These extra-frontier gatherings were momentarily suspended in 2008 when Lee Myung-bak took on both the South Korean presidency and a hardline policy toward the North, and these families were again as divided as their respective countries. But despite three days of talks in 2009 at Mount Geumgang on whether or not to continue the reunions, the Koreas didn’t come to an agreement until October of 2010 to allow the Red Cross to reinstitute the meetings. Of the 10,000 Koreans who applied for the October reunion, fewer than 200 were allowed to participate. South Korean participants are selected by lottery while those in the North are selected based on loyalty to the party, and in the end only 100 families are chosen to attend. Since about 40% of the participants are now over the age of 80, many are too frail or end up passing away before they can reunite with their family on the other side of the line. Those who were lucky enough to make the trip were able to embrace relatives they thought had died, learn of the passing of those they left behind, as well as catch a glimpse of life in the other Korea.

Amanda Painter, a U.S. volunteer who edited presentations for the Database Center for North Korean Human Rights (NKDB) in Washington D.C., spent years teaching in South Korea, and has followed stories of North Korean refugees and families that were divided. “It’s a horrible decision,” she said, “What would it be like to not only have family in another country but not be able to contact them ever again? Not only that, but to know their lives were destroyed – jobs lost, ‘disappearing,’ or dying in a labor camp – all because you left. I can’t imagine anything more nightmarish.” 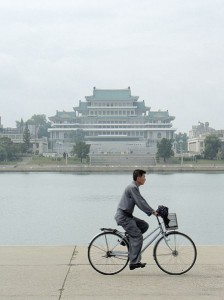 Some divided families who are not able to interact face-to-face are provided with video footage by the Red Cross to enact “video reunions.” Others who are more desperate to engage with their relatives opt to pay thousands of dollars to Chinese middlemen to arrange meetings on islands in the Yalu River.

South Korean officials, who pushed for more than the designated 100 meetings but were spurned by the North, feel that the 1,600 families who were reunited in the past 3 years is not worth the $1.6 billion of rice and fertilizer, the equivalent of $1 million per reunion, they paid to North Korea as an incentive to carry out the program. The fact that many in the divided generation are likely to pass away within the next 4-5 years makes the situation all the more urgent.

You can’t fix what’s not broken

With the Korean War now in the past and so many families still torn apart, what may seem like an obvious solution still hangs in midair: why not just reconnect the two parts? Reunification is an issue brought to the table during every South Korean election, but the region has been divided for so long that many feel it might not be worth putting it back together again.

“I wish it were that simple,” Painter said of the possibility of reunification. “After all, who could possibly be against the reunion of two countries who highly prize unity and togetherness? It would allow thousands of families to meet for the first time in half a century, and would help heal a scar on the Korean psyche.” But when millions of Koreans fled to the South and remarried, forgetting life in the North, they joined the current pool of younger Koreans who were born always knowing of the North as just a separate, distant land.

A 2010 survey of 1,000 South Koreans conducted by the Korea Institute of National Unification showed that more than 54% have a negative perception about North Korea, while only 31% had such a view in 2005. In addition, only about 12% of South Koreans think reunification is necessary. When the war generation disappears, the generations that remain will have had few or no ties to North Koreans, as they have never known a unified Korea. South Koreans of this generation were born into an era of booming prosperity and rapid modernization, and will likely not be willing to suffer the economic blow that could occur if the South takes on the plentiful needs of the impoverished North – a cost that will strip the ROK of and estimated $2 trillion.

What, then, does the future hold for the Korean peninsula? Most within the country and abroad hope that a regime change in the DPRK will make way for talks that encourage at least some conciliation between the two sides, if not reunification. The South will continue to welcome and provide for defectors arriving in small increments (most get free or subsidized housing and schooling as well as job support), but until any real action or change takes place in North Korea, the country remains at a standstill, locked in limbo between war and peace.

If planning to travel to South Korea, check out our South Korea travel guide.

*Photos from Wiki Commons and US government archives

« Life Working in the Informal Economy of Colombia
Göbekli Tepe: the Rise of Agriculture, the Fall of the Nomad »