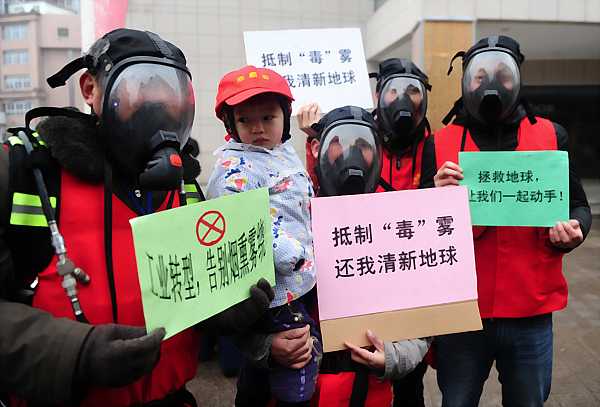 Air pollution in China has gotten so bad that it’s become an element of weather. You get up in the morning, sit down with a cup of coffee, check the weather, check the smog. Like weather reports, the air pollution report changes by the day. The strange thing is that the two are not coordinated, and the weather report can say you’re experiencing a bright and sunny day with clear skies when you’re actually in the middle of dark and gloomy pea souper with no sign of the sun — or sky for that matter — in sight.

People in China talk about smog levels like Icelanders talk about wind speed or Alaskans talk about temperature — it’s become a dynamic fact of life that drastically impacts your day. Nobody wants to go out and have a picnic when the Air Pollution Index (API) reading is at 350 and visibility through the perma-haze is under 150 meters. Go out and play basketball? Are you joking? Not even ferries can take passengers across the Yangzi River in pollution this thick. 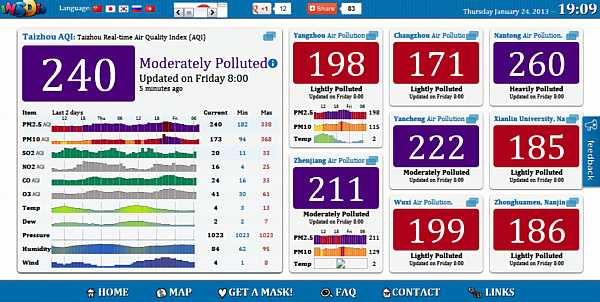 I nearly collapsed yesterday while biking a mere 50 km through 380+ level pollution. I was foolish, I did not check the API before setting off, thinking that the blanket of atmosphere was a benign morning mist. I ended up walking my bike for much of the way, wondering what was wrong with me. By midday, the “fog” did not burn off, and my spirits fell with an ominous thud with the realization that my respiratory system was being broken down by pollution. This was the first time I’ve ever knowingly felt such harsh effects from air pollution, and my lungs and throat still feel charred as I write this.

If I don’t feel comfortable riding a bicycle, hiking, or otherwise being outside walking around a place there is probably little reason for me to be there. If simply breathing the air of a place is enough to incapacitate people then something is very, very wrong, and it’s time to start thinking about an exit strategy. Travelers have the ability to up and leave hazardous situations, it’s one of the perks of the lifestyle.

The weather report of modern China

Whining about the air quality in China is cliche, but what is going on here is not normal, even for this country. When you can’t see the buildings that rise right in front of you because of air pollution it’s called a catastrophe. I’ve spent a lot of time in China in previous years, but the air pollution of the past eight months has been far beyond anything I’ve ever experienced before. It’s almost as if an environmental tipping point has been crossed.

The U.S. National Oceanic and Atmospheric Administration posted this photo taken on Sunday after the peak pollution levels had dissipated somewhat. Natural clouds appear as white, while smog and “other pollutants” make up that “dull, grey blanket over the region,” per NOAA. Yikes. 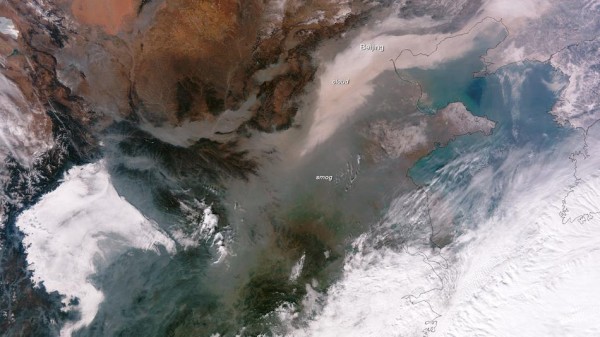 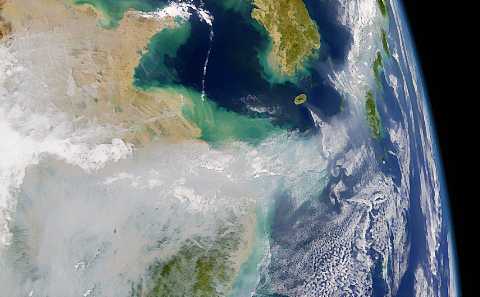 I have to admit that I was very ignorant of air pollution before bringing my family to China last March. Sure, I’ve been here before, and, yes, the air has been bad for a long time, but it was my opinion that much of the most extreme levels of pollution would be centered around the big cities, and if we lived in a small city in an otherwise rural area we could breath air not classified as “hazardous.” I did not understand that air pollution in China now moves through the entire country as part of the broader weather patterns, and “smog fronts” can cover entire regions.

The days of individual cities here having “bad air days” are over, massive regions of this country now experience upheavals of pollution in tandem. Warm fronts, cold fronts, and smog fronts intermingle over China. It’s no longer enough to just stay away from big cities to avoid excessive levels of pollution, it’s now wherever the winds blow. I am in Taizhou, a relatively small city in Jiangsu province, and the API readings here have been higher than even Shanghai and Beijing over the past few days.

The API level is based on the level of 5 atmospheric pollutants, namely sulfur dioxide (SO2), nitrogen dioxide (NO2), suspended particulates (PM10), carbon monoxide (CO), and ozone (O3) measured at the monitoring stations throughout each city. An individual score is assigned to the level of each pollutant and the final API is the highest of those 5 scores. The scale for each pollutant is non-linear, as is the final API score. Thus an API of 100 does not mean twice the pollution of API at 50, nor does it mean twice as harmful. –Wikipedia

For scale, the World Health Organization deems API readings of over 20 as unhealthy.

According to a 2007 report produced by the World Bank and Chinese government, up to 400,000 Chinese die prematurely every year because of air pollution. –The Atlantic 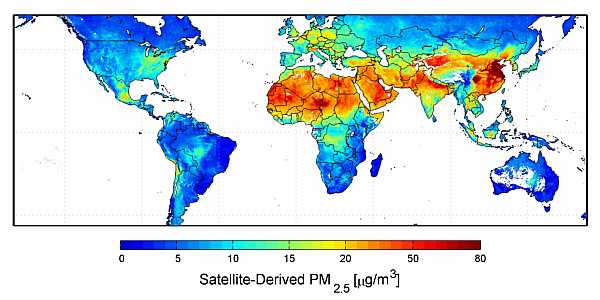 Why is air pollution in China so bad?

I’m looking out my window now at another bright and sunny day usurped by an opaque wall of haze. I have to ask myself if this is worth it.